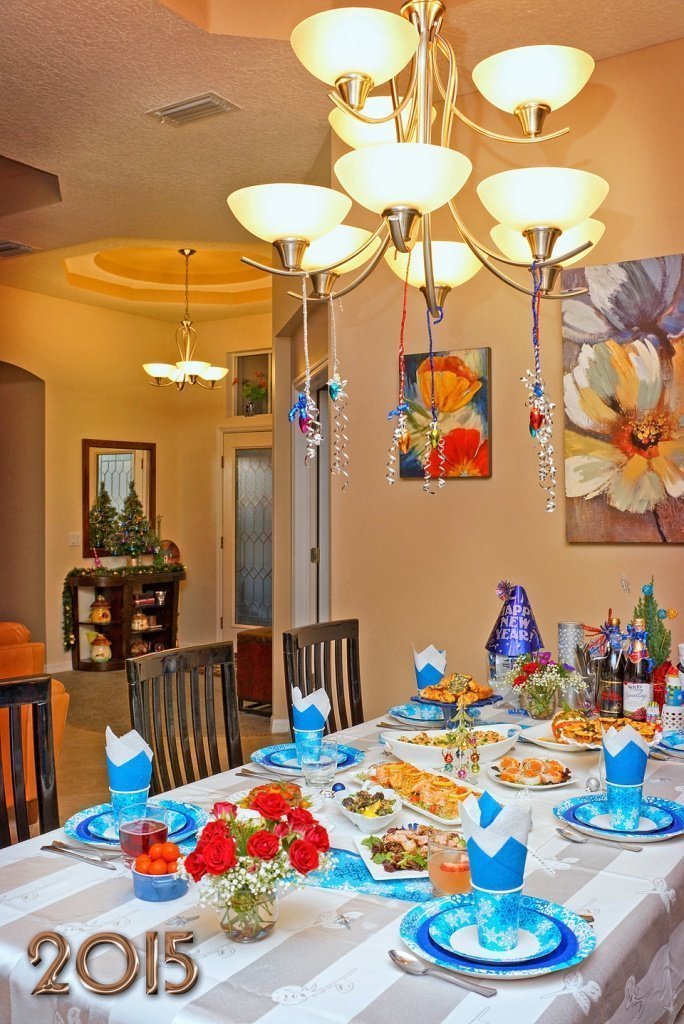 [dropcap]H[/dropcap]ope y’all had a Happy New Year! I’ve been busy cooking, cleaning and setting up table for 2 days. I’m hoping that the exercise will help with the few extra pounds that we all gain during the Holidays, the only negative side.

I decided to make all of the main dishes, the dessert we got from The Fresh Market, to ease my workload and I have been wanting to try them for awhile. My Mother-in-law brought her Delicious Apple/Cranberry cake. I tell you, there is such a Difference between the commercial and Home-Made, especially when you try both side by side. Commercial products add too much salt and sugar. I know I always get enticed by how beautiful many dessert product look, but when you try them you get disappointed. Regular piece of bread with honey, cream cheese or Nutella tastes better. Right?

I know New Years is a Huge Celebration for Russians, so I was trying to explain to my American neighbors, who don’t view it quite the same, what’s the hoopla is all about.

Before 1917, Christmas was celebrated in Russia in much the same way as it was in the rest of the world: on December 25, with Christmas trees and Christmas gifts, Saint Nicholas and the like. During the years of Communism after 1917, all formerly Christmas traditions were transferred to New Year’s Eve, which became the traditional winter holiday. New Year’s Eve is now to Russians what Christmas is to most people in the rest of the world, with one exception: there is no remnant of Christianity in the holiday. New Year’s Eve is simply a chance to celebrate, to bring in the new year and get rid of the old. It is a chance to exchange gifts, have a day off and enjoy oneself. It has changed since the Soviet Union time and more people celebrate both – Christmas and the New Year now.